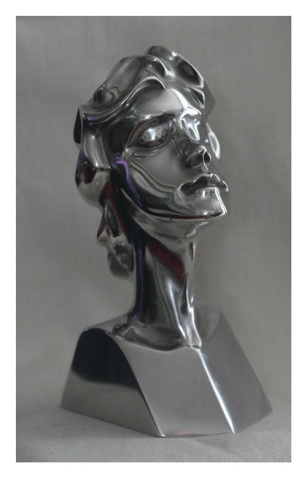 This simple little enigma is entitled “love is love” and was sparked by The love, Work, And tragic end to the Second World War enigma codebreaker Alan Turing.

I’ve read many times that Alan Turing never got over the death of his first love, Christopher, who died aged 19. And back in those days, to act upon such love in the U.K. was a criminal offence.

Moving along the line, during the Second World War, Alan’s contributions towards breaking the enigma codes were pivotal. And saved thousands, if not millions of lives.  Potentially shortening the war by as much as two years.

Some time after the Second World War, Alan came to live and work in Manchester, and it’s here the law caught up with a relationship he was having at the time with a younger man. Alan Turing was charged and presented with either a prison sentence or chemical castration. He opted for chemical castration.

Two years later he was found dead in his bed beside a part eaten apple laced with cyanide. It was believed he took his own life. Alan Turing died in 1954, 16 days before his 42nd birthday.

What brings this here to you in 2021 is this statement from https://www.papyrus-uk.org which says, “Suicide is the biggest killer of under 35s in the U.K.”

We have all come through this COVID pandemic both mentally and physically different. Just don’t forget to reach out if you need to, as there is an army of people out there on your side waiting to help you through this. https://www.papyrus-uk.org

And for the rest,  just don’t forget time to be kind. You may just save someone’s life.

Presence of their absence is a meandering process of discord and harmony.  Grief adrift  time if you like.

The pendulum Tempo is set at 60 and runs for just over seven minutes.  I’d hope that I have left  enough scope for others to occupy it with their own musical improvisations, thoughts and imagery of the given subject. 108 bars. Written on StaffPad for iPad.  Music score on request.

Particular attention has been made to the soundscape of  instruments subtly resonating in the background of this piece.  And either headphones or a stereo system may better convey this.  Or add more bass and less treble as the reverb is cold and harsh.