“Have you ever worked with other artists?”

This piece is very heavy and would take at least three to install. 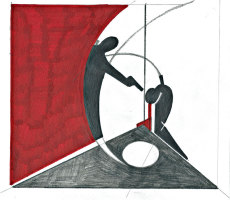 From the very outset I felt that the persecuted character from Untitled for political reasons was a piece in itself and could so strongly hold a resurrection sense about it if bound in linen cloth. Not final at all.

This piece was sparked by the many empty portrait frames crammed  into charity shops boxes everywhere. Many, if not most of which once housed loved ones now passed.

It was this sense of absence and loss that drove me to create a space of remembrance of similar presence using the picture frames like classical columns.

The glazed crystal like structure and shimmering water beneath is about projected reflections throughout the structure bringing about a sense of peace.

Inspired by the historic international sailing regatta taking place every year in the Gulf of Trieste on the second Sunday of October.

I sort of lost my mojo in 2013 and Totem was in response to this. I don't altogether wish to understand it presence other than I felt it watched out for me.

In my minds eye I was quite specific as to every element of  the totem final presence. Designed to be either free standing or wall mounted.

After my mother's passing, my biggest hurdle was permitting myself to follow a path my mother had always wanted for me. To be happy. And for me, that meant to be an artist. And at that moment, the subject matter I was consumed with was my mother's heartbreaking demise. But to draw on that, then as an artist would have been like prostituting my loss. Until Night Owl

I've always been a very, very light sleeper. If you was to whisper in my ear as I slept, you would wake me.

It was around 2am when I was awoken by the hooting of an owl from a tree outside my bedroom window. I remember thinking we don't have owls this far from the woods. I looked through my window into the dark and saw nothing but leafless branches. I hadn't dreampt this as I had heard the owl hooting as I approached the window. Then nothing. Nothing. So I went back to sleep with my loss.

Usually,  whenever I dream about my mother, I am instantly awoken by the same thought. This must be a dream because you are dead. But on one pivotal occasion I didn't. I was aware of it without thought..

It was as if my mother and an aunt had come to tell me they were fine. I would be fine. And they were moving on. I wasn't told this. I hadn't thought this. I just felt this. And was presented with the thought that this was to be told for the sake of someone else. Then I awoke, sparked to create something.

And in the early hours of that morning (as most slept) I silently cobbled the figure Night owl in my mother's empty bedroom from off cuts of wood, with provisions for this story to be told.

If there is a Rosetta Stone as such to all this, it was my artwork, as it knew where I was when I didn't. 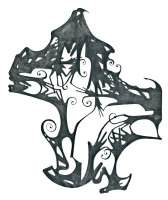 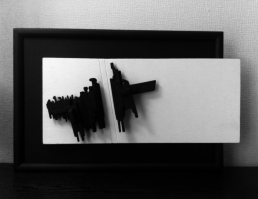 Into the light is based loosely around an idea of mine called Too many that I can't make due to a lack of both budget and large enough location to build it. 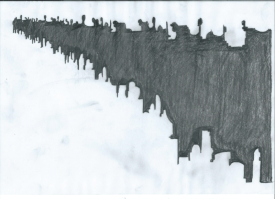 Right side sketch section for (Too Many) Estimated size 330cmx 230cm 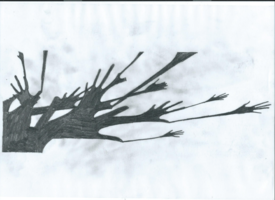 left side sketch section for (Too Many) Estimated size 330cmx 230cm 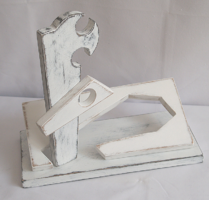 Both parents are represented in the two circles of the half Celtic cross gravestone/axe at the foot of a grave. These circles/parents are looking down onto the child warmly wrapped in a blanket held over the inevitable grave. 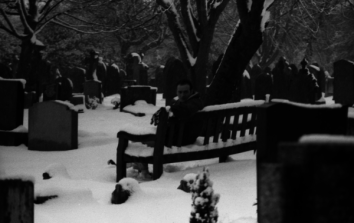 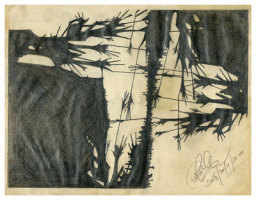 Boxroom17  evokes as many fond memories of my youth by way of its construction as it does now the finished piece. It was my intention to use nothing but an assemblage of off-cuts of timber from past projects for this piece. Almost like building with odd Lego blocks as I did when a child.

In total, only seven small cuts were made to accommodate the clock movement.

It represents all the small spaces that had nurtured me throughout my youth and the very cramped spaces that later doubled as much a studio as a bedroom. 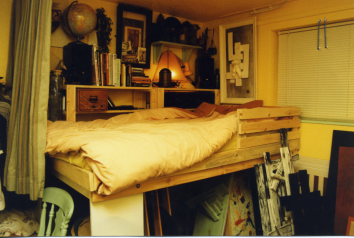 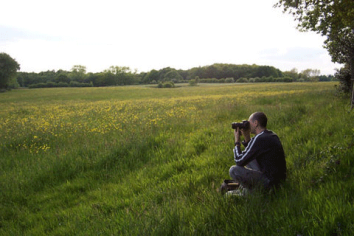