‘...I’d say I’m more spiritual than religious. Imagine a point in human history, before our spirituality was branded and shattered into conflicting factions. Earth has many languages, all expressing the same things.“

Whatever our steps, large or small may seem probable. And underlying that in one form or another is a degree of faith that drives us blindly beyond uncertainty.

Life is inherently uncertain. And more often than not, critically reliant upon external forces beyond our control.

We hope. We pray. Or we just go with the flow. We have faith. We trust. Or not.

I’m often neither sure or interested as to what drives such pieces at times. I just go with the flow and try not to corrupt the process with a closed mindset. And I’m as much surprised by the outcome as everyone else!

Originally this piece was meant to be burnished in 24CT gold leaf, but you know what, having faith isn’t always 24CT gold sunlight. It’s often in our darkest hour, faith, and that of others is all we have.

The right hand of the figure holds up faith. And the left hand lets slip doubt.

Both masculine and feminine in presence. With Apollo and Artemis inspired features and form.

I personally haven’t ever come across a more riveting account of what I am trying to convey here than Universal Pictures’ First Man, a story of NASA’s mission to land a man on the moon, focusing on Neil Armstrong and the years 1961-1969.The movie explores the sacrifices and the cost—on Armstrong and on the nation—of one of the most dangerous missions in history.

Music of inspiration and drive.

Charged by a piece of music entitled Syna by Hosini.

Having faith is the Cousin to a piece entitled Sapling that now resides with The Institute for Theology, Imagination and the Arts (ITIA)

Due to its concrete base, this piece is very heavy and not a very mobile piece to be moving around.

First working sketch/idea for Having Faith.

The Institute for Theology, Imagination and the Arts (ITIA) University of St Andrews.

Congratulations to Garrett Ayers, an American student who was awarded the (first 2019) Wharton Prize. On this occasion it was  for best MLitt dissertation (on Thomas Pynchon and the Gospel of Mark) Sincere best wishes Garrett.  Be strong. Be kind.

As with the piece Sapling, the presence of this piece is one of transition. An awakening. A rebirth. Pleasantly tactile. 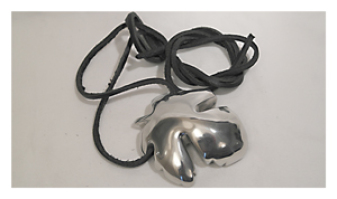 Alexxa Gotthardt, Staff Writer at Artsy writes, consider the fig leaf: a little piece of foliage that’s shielded the genitals of famous biblical figures and nude sculptures for centuries. It’s a plant that’s become synonymous with sin, sex, and censorship. And in large part, we have art history—and the artists determined to portray nudity even when it was considered taboo—to thank for that.

Take Michelangelo’s famous sculpture David (1501–04), a muscular, starkly naked depiction of its namesake biblical hero. The work scandalized the artist’s fellow Florentines and the Catholic clergy when unveiled in Florence’s Piazza della Signoria in 1504. Soon after, the figure’s sculpted phallus was girdled with a garland of bronze fig leaves by authorities.

60 years later, just months before Michelangelo’s death, the Catholic Church issued an edict demanding that “figures shall not be painted or adorned with a beauty exciting…lust.” The clergy began a crusade to camouflage the pensises and pubic hair visible in artworks across Italy. Their cover ups of choice? Loincloths, foliage, and—most often—fig leaves. It has become known as the “Fig Leaf Campaign,” one of history’s most significant acts of art censorship. 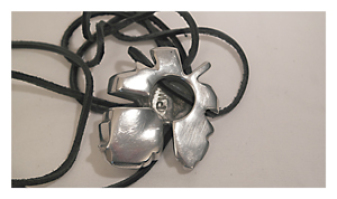 This piece is meant to be worn around the waist like a sporran.

Primarily sparked by the Tale of Cupid and Psyche.

Modelled from the left breastplate of Having faith.

There are some we can only love in dreams.

Limited to 1 in pewter. 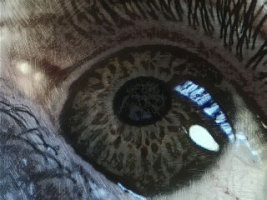 This is the Final piece in the series from the Presence of their absence/The wheel of mourning/bereft. And the face behind the two pencil finished prints of the same title. 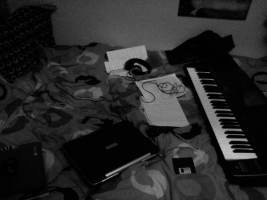 Part of the continuing series of The wheel of mourning/bereft.

From the outset, the form presented in the first Presence of their absence from The wheel of mourning/bereft Sculpture has symbolised a real person. And at first, there were only a state/emotion to present.

As I move along, this person is slowly beginning to emerge from the two pencil finished prints also entitled Presence of their absence.

Grief can be so tightly binding it deforms and re-forms.

And here she emerges.

Psyche, from the sketch it is photographed on, and the pewter plaque figure to the left.

Modelled and cast by P Wharton.

“What materials do you like working with the most?”

“Pewter. I’m taken to working with cement. It’s a material I’d like to explore on a grand scale, but circumstances don’t permit it at the moment.” 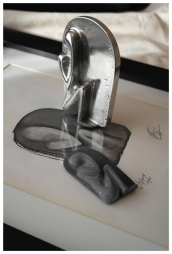 Personally, this second series of works more so faithfully reflect Presence of their absence than the figure of the same name from The wheel of mourning/bereft Sculpture.

When my sister died, everyone kept saying it gets easier.

I’d think, what had getting easier got to do with anything?  And this statement (although well meaning) was worthless and meant nothing. Personally, if it had, it would have been tainted with a sense of betrayal. And my mother certainly felt that way.

It was only during such a dark moment I hugged my mother and expressed openly that it doesn’t get easier. We just learn to live around it.

In some way from then on, we permitted ourselves to openly live around our fondest memories. And sometimes it hurts more than others.

Above slideshow  consists of 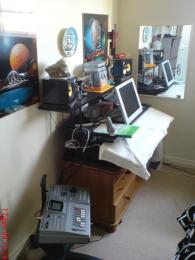